While finance may be the first killer app for blockchain, the technology has spawned many other concepts pertaining to decentralization. The IOUR Foundation is seeking to utilize blockchain to re-think and redefine the internet. In brief, IOUR wants to merge TCP/IP and blockchain, launching a new standard that is “respectful of fundamental rights” and gives control of the data back to the user. If you are interested, the Foundation’s whitepaper is available here.

Today, the internet tends to be dominated by big tech firms like Google or certain social media platforms. These big tech firms leverage user data to sell their services such as targeted advertising. Some people believe this control is too dominated by these firms. IOUR wants to make the Internet a true “common” for humanity.

So is IOUR the future of the internet? Decentralized, open and private?

Crowdfund Insider spoke with the IOUR executive team of Executive VP Jonathan Attia, COO Lisa Loud, and President Thibault Verbiest, co-founders of the foundation, to learn more about their vision and where things stand today. 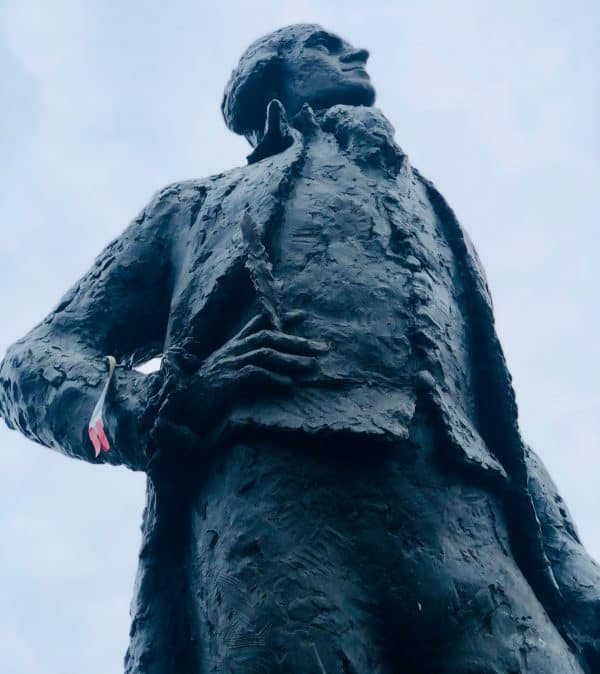 What was the genesis of IOUR? How did your team come together to launch a blockchain-based competitor to HTTP?

It all started when two of the founders (Jonathan and Thibault) met about four years ago in Paris. Jonathan is a researcher and inventor. He had already been working for years on innovative projects in cryptography. Thibault is a lawyer and policy adviser. In the 2000’s, he was active in the Internet regulatory and standardization organizations. And more recently, he was involved in the first working groups in Europe to legislate on digital assets and regulate the use of the blockchain. This has led to a continuous collaboration that has resulted in scientific publications and support for complex projects in the field of blockchain and artificial intelligence.  Little by little, our intellectual worlds and our past experiences merged and this led to a vision, which became a conviction, that it was possible for the internet to evolve from an internet of communications to an internet of services.

Then it was the meeting, in Malta, with Lisa, who was then leading an exchange.     Lisa has a background in programming and has a fine knowledge of the Fintech sector (having worked for a long time at PayPal) as well as the blockchain sector. She brings both femininity and rigor, structure and clarity, which is essential in this complex project.

Today, IOUR is a team of 20 people, with complementary skills, and sharing the same vision of an Internet that is more open, pluralist and respectful of the fundamental rights of users.

How are you funded? I see you plan on raising capital. Have you accepted VC money? Are you bootstrapped?

IOUR is a public utility foundation recognized by royal decree in Belgium (September 2020). Therefore, it cannot accept financing by VCs. The foundation is currently financed by individual membership fees. We will soon launch an international fundraising campaign via the platform www.transnationalgiving.eu. This platform allows foundations like IOUR to receive tax-deductible donations from 25 countries (Europe, USA, and Canada).

Can you share how you will leverage blockchain technology to create IOUR and how advanced is the technology? And which blockchain are you utilizing?

We have formulated a proposal to create “universal” Internet services. This involves coupling the current Internet protocols (TCP /IP) with blockchain technology. This “merger” will foster an Internet that is capable of natively offering essential services such as information search, decentralized domain name management, digital identity, electronic messaging, data storage, computing power (AI), confidentiality, traceability, electronic signature etc. While the blockchains of today were not designed to provide all of these features, we envision a coalition of blockchain providers designing the future internet together with IOUR. This collaboration will produce a second layer solution that elegantly ties together all of the existing blockchains.

By relying on new internationally standardized protocols, this innovation has the potential to make the Internet a true “common” for humanity, a network that is more respectful of fundamental rights and freedoms and in line with the sustainable development objectives set by the United Nations.

We have described our proposal in a book (to be published at the end of October). And we have also released a white paper that focuses on the technical part of the IOUR proposal. This white paper is a first framework document, which will be complemented by other more targeted publications (notably on the different decentralized services that IOUR makes possible).

The Foundation has just been created and this is only the beginning of the adventure. There is a lot to be done in the months and years to come to make this proposal a reality. We are already working on partnerships with blockchain projects, ISPs and data centers to deploy the first elements of IOUR.

Perhaps a better question is how do you propose to overtake established protocols with your distributed iteration? What about challenging established governance for the existing network? How does this improve on TOR?

Our proposal does not aim to replace the existing internet, but to increase it. The innovation is to make TCP/IP (the datagram to be precise) “intelligent” so that it becomes capable of recognizing the services being transported. ISP routers redirect the services thus identified to specialized servers (nodes) that support these services, in a decentralized manner. The confidentiality offered by the TOR network concerns the anonymous consultation of content available on the Internet and not the direct use of services. These services, most often accessible from a centralized infrastructure, involve user authentication and the necessary sharing of user data within the framework of the said service. IOUR proposes a new paradigm: the Internet itself becomes the main service provider based de facto on a decentralized infrastructure and governance.

And how will you generate revenue?

The Foundation is of public utility and is therefore not intended to generate income. It will act in the public interest, ensuring that the IOUR protocol suite becomes a reality and is deployed. The Foundation will form partnerships with private companies, which will be able to deploy the protocol and generate revenues.

The IOUR proposal assumes the deployment of nodes which may be owned by ISPs or other players wishing to make it a new business, in partnership with ISPs. So a whole ecosystem, both local and global, will have to be set up. This is a chance to invent the new, decentralized internet economy.

Your main concern is the emerging dominance of companies like Google and ISPs/platforms that harvest user data and information. Is this kind of like Open Banking for the internet?

The Foundation does not aim to counter the giants of the internet but to propose a new protocol, compatible with the TCP/IP suite, with the aim of offering an “internet of universal resources”. The giants of technology will also be invited to participate in this new internet, if they wish. 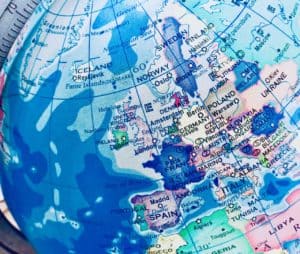 Do you expect central governments to accept your mission? What about the European Commission?

We are in regular contact with the European Commission, which is beginning to examine our proposal in more depth. We expect strong support in this regard because the IOUR proposal can be the “third way” that Europe has been seeking for so many years.

And what about bad actors? The dark web?

With IOUR, Internet users regain control of their digital identity. They will be able to identify themselves natively, with an identity recognized by the States, or conversely to become anonymous. They will also be able to sign electronically, natively, any content they create online. With this provision, anonymized content will lack an identified author. It will still be able to circulate but may naturally be considered suspicious. We are thinking in particular of fake news. We have carefully considered the difficult balance between privacy and the need to respect certain regulatory constraints (anti-money laundering in particular).

Finally, IOUR does not intend to fight against the Dark Web (which is a losing battle) but to propose an Internet of trust that is more respectful of the fundamental rights of users who might otherwise join these networks to assert their rights.

You envision a universal blockchain that is operated by all states in a decentralized manner. Aren’t states by nature centralized?

The blockchain, coupled with TCP/IP, will not necessarily be operated by the States. It can very well be operated by private entities (ISPs, data centers, or existing public blockchain nodes for example).

On the other hand, the question of governance still needs to be debated and we cannot decide it alone. Other organizations (European Commission, Internet Society, universities, private players, etc.) will have to be involved in our work.

What is your timeline to have an operational network that people can actually use on a global basis?

We are currently evaluating different deployment projects, including ISPs and datacenters and “new internet” projects that are close to our philosophy.