Decred, Monero and Cosmos all registered big gains in the past few days. Monero could not hold on to levels it briefly claimed. Decred showed likelihood of testing support levels before a continuation of the previous uptrend. ATOM was ripe for a minor correction, and the next few days will reveal the strength of its move and whether it looks higher or toward consolidation.

Decred moved down two ranks, to 64 on CoinMarketCap, with a capitalization of $223 million.

DCR’s uptrend began near the end of July and surged briefly to $23.8 before a retracement. Stochastic RSI indicated oversold at the time of writing.

It is possible that $18.5 and $18 could be visited in the next few hours. Yet the overall picture is still strongly bullish. The retracement from $23.8 is part of a healthy trend. DCR’s bullish outlook would need to be reconsidered if support at $16.7 is lost over the coming days. 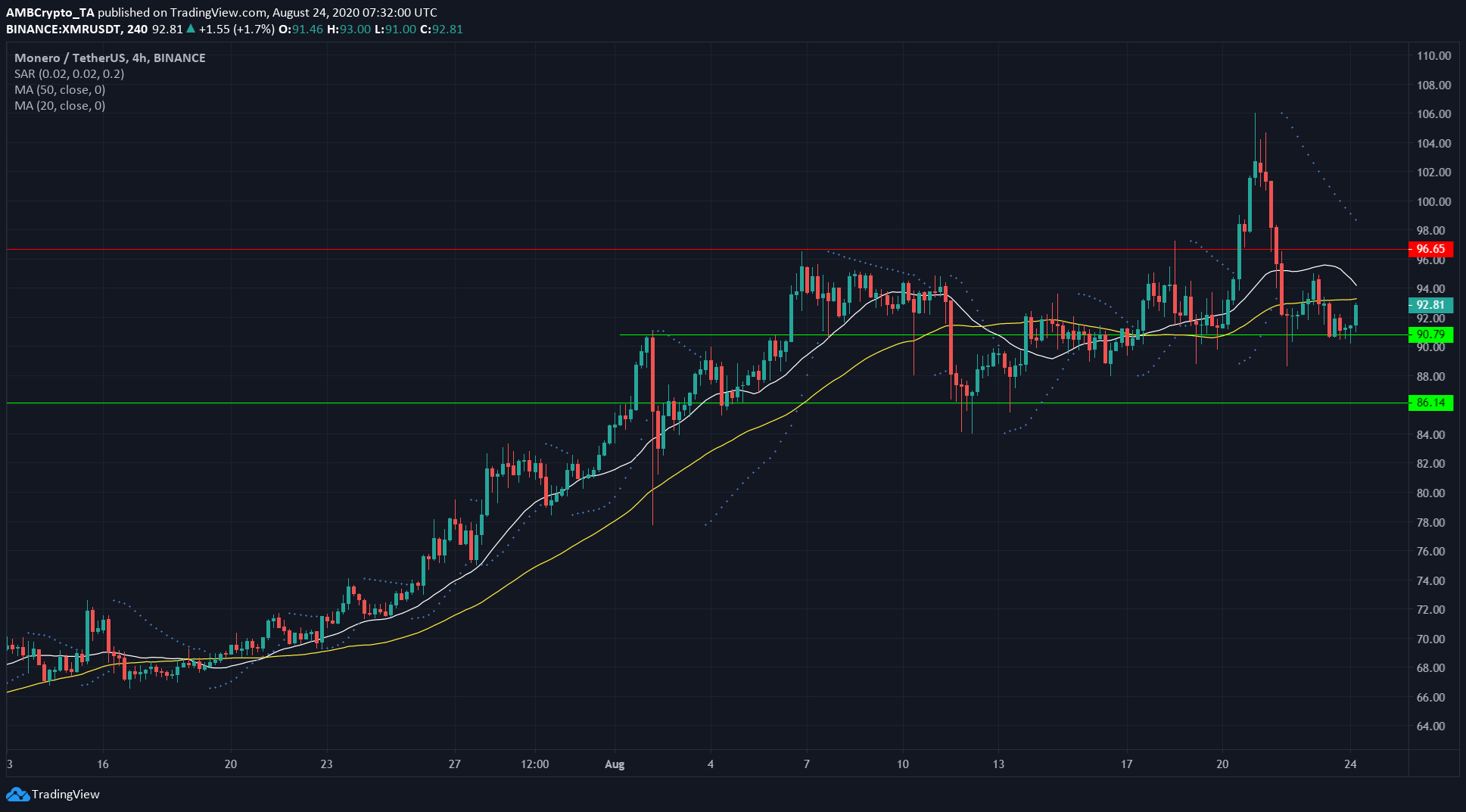 Monero is the largest of the cryptocurrencies with a focus on privacy. It was ranked 16, with a marketcap of $1.63 billion. Monero was recently in the news when a malware botnet was revealed to have attacked millions of addresses, using a Monero mining app called XMRig.

Monero briefly surged to $105 before retracing all the gains to find support at $90. The coin has been in an uptrend in the longer time period. In the short-term, Parabolic SAR gave a sell signal, while 20 SMA (white) was above 50 SMA (yellow), indicating that the coin was still bullish.

Conflicting signals might indicate some choppy price action in the near-term.  XMR faces resistance from the 50 SMA, and the $96 resistance above. 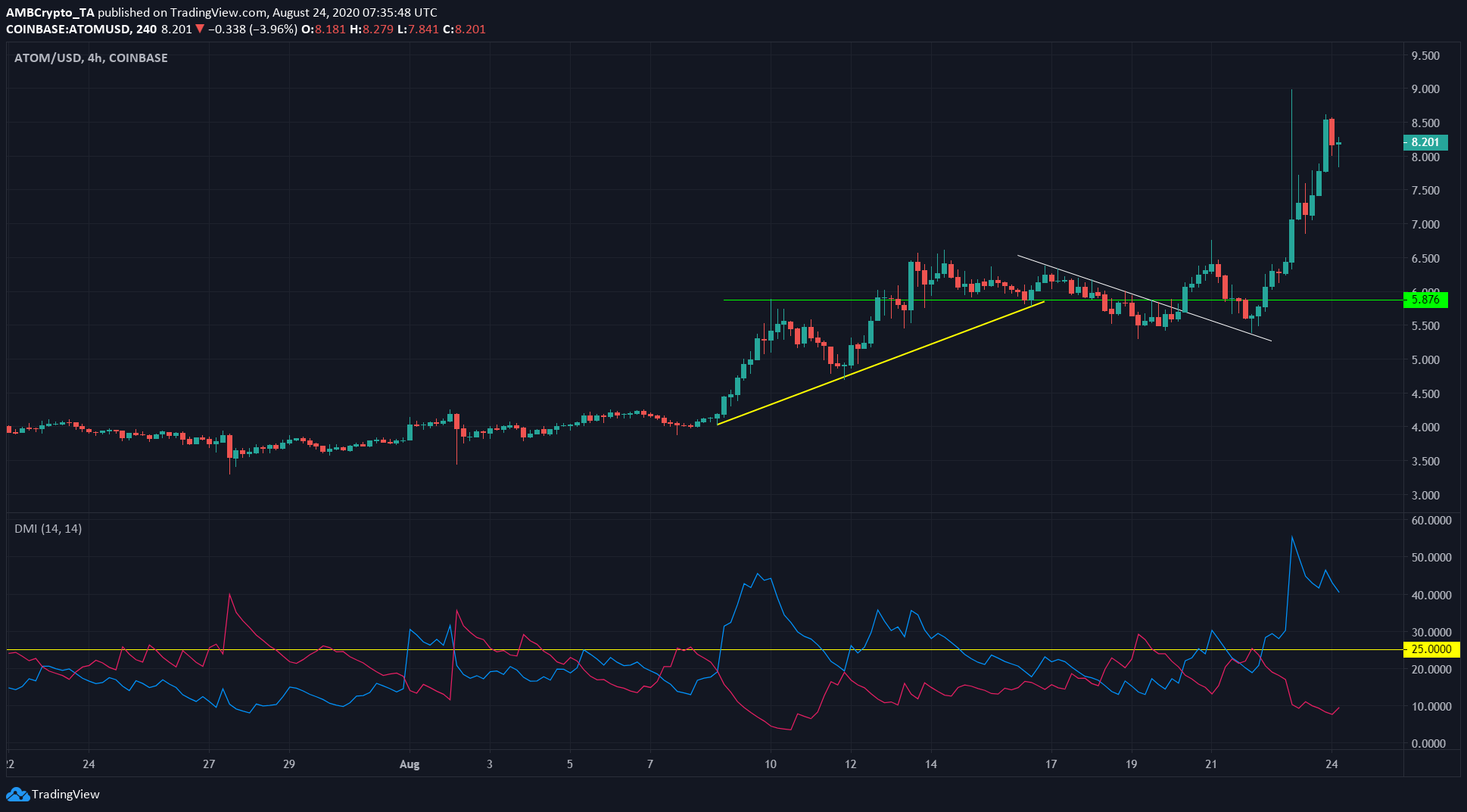 Cosmos registered big gains recently and reached its ATH. The coin added nearly $400 million to its marketcap, and was ranked 17.

The brief downtrend from 16 August was invalidated and retested at $5.3 before ATOM soared to reach $8.98.

At the time of writing, ATOM was trading at $8.2, and could see a correction to lower levels. DMI showed a very strong uptrend, that is likely to cool off before continuation. Support for ATOM is the $7.5 zone.