Despite the recent drop in prices, Litecoin’s (LTC) network activity has continued to be significantly high. Data by Santiment shows that Litecoin has witnessed a three-month high in address activity divergence when compared to its current price level.

Binance Coin, the official digital coin of the largest cryptocurrency exchange by reported daily volume and number of users, Binance is on a gradual retreat from the 1-hour timeframe. Following the recent break above $25, BNB trades at $23.24 while hunting for support, preferably above $22. 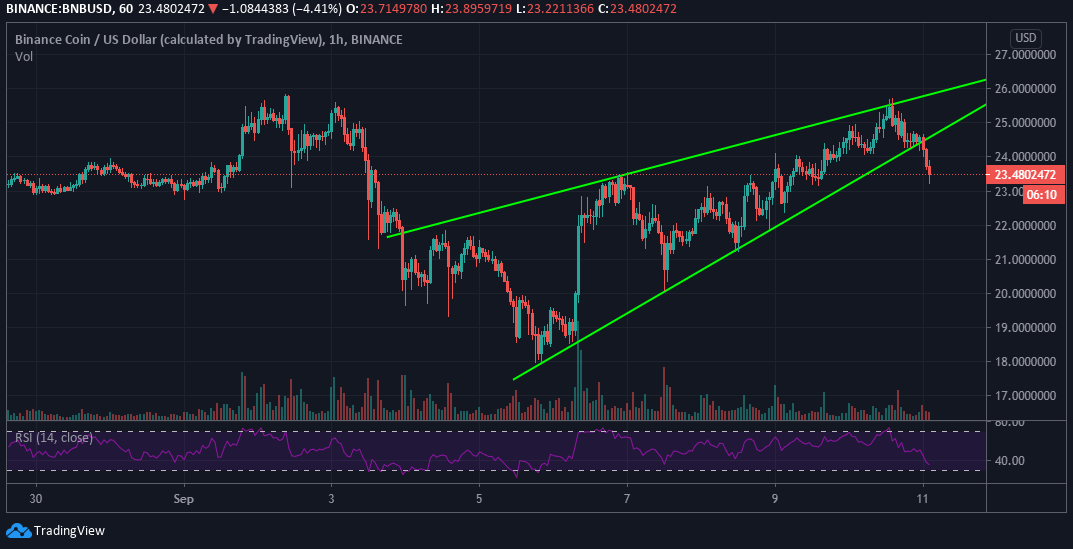 Aelf has caused quite a stir by jumping up by more than 140% this Thursday. The real catalyst behind this growth appears to be SasimiSwap, Aelf’s version of the infamous SushiSwap. Back on August 28, Aelf released AESwap, a decentralized trading platform and its first DeFi project. On September 9, AESwap launched SashimiSwap, its version of SushiSwap.